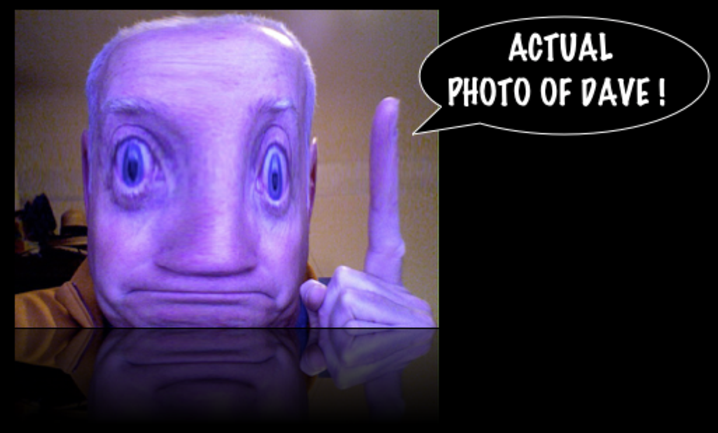 First of all, the only person who calls me “David” was my mother when she was mad at me. Oh, and my sisters. And, a few other people who I can’t seem to break of the habit.
Along with a resume, I often send along something like this. It sort of describes my experience and experiences.
I've been in the film/video business for almost forty years. During that time, I've done a lot of different things for a lot of different people. I started out in production, like many people. I even did a stint for a year as a staff producer for a company that produced industrial safety and training films. But, I've mostly worked freelance in almost all capacities in camera assisting and lighting and grip and sound on a variety of projects from music videos to features. I think that I've got a fairly diverse and well-rounded bank of knowledge and skills to draw from. People sometimes hire me when what they really need is more than one person.  I'm trying hard to satisfy the growing need for smaller, more diverse crews that seem to come with shrinking budgets.
These days, I mostly record location audio and do all that other stuff on documentary video projects. I call myself the “other guy”. Helping out the camera person and the Producer/Director.
More and more, I’m hired as some sort of “hyphenate”. Sound guy-camera assistant or focus puller, Sound guy-gaffer or grip, Sound guy-camera mount rigger or helicopter mount rigger.

You get the picture.
As a one-man crew, I shot a pilot for a TV food show in Vietnam with an internationally-known, San Francisco-based, Vietnamese chef.
I’ve worked on a TV show in Italy based on a popular cookbook about Italian grandmothers handing down food traditions to younger generations.
I’ve worked on several round-the-world projects. One for Google, filming their global advertising customers. One for an environmental group, the Goldman Foundation, filming profiles of that year’s Goldman Prize award winners. The Goldman Prize has been called the environmental equivalent of the Nobel Peace Prize. Another is a four-part television series, broadcast on PBS, about eight groups of indigenous people around the world struggling to maintain their cultural traditions and their sacred lands and sites.
From 2011 - 2018, I worked as a technical director and crew person on a series of traveling STEM science fairs all over the US, teaching kids and adults about the STEM (Science, Technology, Engineering and Math) behind golf, football, baseball and other sports.
One of my most interesting long term projects were ten years of work I did for Reader's Digest, who at the time were one of the largest producers of travel videos in the US. The production client was a company called International Video Network, headquartered for most of those years in San Ramon, California. The projects themselves were basically travel documentaries, all but one shot on 16mm film. Some of the videos were pure documentaries about real people; some were more dramatic, involving historical re-creations and dramatic staging. Some were about wild life and natural beauty. Some had more of a pro-tourism angle. One was a collection of thirty music videos using public domain songs about places in America.

With a usual technical crew of only three people, the cinematographer, sound person and myself, as camera assistant, second camera operator, gaffer, dolly grip, jimmy jib tech, helicopter mount installer, time-lapse camera person, boom operator, still photographer and sometimes associate producer, we managed to bring a much higher level of production value to these projects than our crew size would normally allow.  Sometimes we rented lighting and grip equipment from overseas and sometimes we brought our own. We flew a variety of helicopter mounts. Staged a turn-of-the-century maharajah tiger hunt in India with elephants and hundreds of extras. Shot timelapse of clouds moving across Devil's Tower. Filmed two-hundred camel salt caravans and Bedouin festivals in the Sahara Desert. Rafted down the Grand Canyon several times.  Recorded the Amish way of life (mostly telephoto).

For seven years, I worked around the world documenting grass-roots environmentalists for the Goldman Prize.
I'll list some of my past projects to give you some sort of idea about what those shows and other projects were like. Also to let you know that if you happen to be filming in any of these locations I might be of some aid by sharing some of my personal experiences about these places.  Or just maybe where to eat dinner when you're there.

Other work experiences:
➛Papua New Guinea & Australia for BHP, an Australian mining company
➛The area around Valdez, Alaska several months after the Exxon Valdez oil spill for the Alaska Tourism Board
➛The Caribbean & the St. Lawrence Seaway for Royal Viking Cruise Line
➛Several months of traveling through the European Alps (Italy, Switzerland, France, Germany and Austria) - Reader’s Digest
➛Mar Del Plata, Argentina for TV show called, “Fireballs from Space!”
➛Traveling around the world for NASA and the International Space Station project (Houston; Cape Canaveral/Kennedy Space Center; Amsterdam; Turin; Moscow; Nagoya and Tokyo, Japan and Montreal)
➛Traveling around the world for Google and the Goldman Foundation (the environmental equivalent of the Nobel Peace Prize)(London; Wales; Hamburg; Boston; Moscow; Tokyo; New Orleans; the former Soviet republic of Georgia; Ghana; Bhopal, India; Kazakhstan; Ukraine; Mongolia; Lake Baikal, Russia; Costa Rica) (mostly during the winter, lots of cold weather experience)
➛All over Italy for a show on Italian grandmothers and the passing down of food traditions. A television version of the classic Italian cookbook,  “In Nonna’s Kitchen”.
➛North and South Vietnam
➛Hong Kong
➛Many other places in the USA and Europe
➛The Colorado River of the Grand Canyon (3 Rafting trips & 1 Mule trip)
➛Fort Benning, Georgia for 3 years of the annual US Army Best Ranger competition for the Discovery/Military Channel
➛Fort Bragg, North Carolina for a video about the America’s Army video simulation/live fire training
➛Santiago, Chile for a documentary about the continuing struggle to bring former dictator General Augusto Pinochet to justice
➛Kenya and Mali for the Coca-Cola Corporation about a CCC project to educate third world populations about personal hygiene and water purification
➛Flying across the US with the doors off in a DeHavilland Beaver, the quintessential Alaskan bush plane, for a film about the Stearman bi-plane, a WWII primary fighter trainer (Aerials Camera, Camera and Sound)
➛Filming helicopter aerials over a brand-new golf course in Montrose, Colorado (Aerials Camera)
➛Many NASA locations around the country for a TV series celebrating the 50 years of NASA, and other NASA-related projects
➛The “Lost Kingdom of Mustang” in Nepal for a documentary for the American Himalayan Foundation, including an interview with the Dalai Lama,  documenting the AHF’s work building schools, health clinics and restoring 15th century monasteries and the murals within "Mustang:Journey of Transformation"
➛Costa Rica for a TV show about animal mimicry and micro moths, featuring an insect fight-to-the-death gladiator pit the size of a pack of cigarettes (talk about focus issues!)
➛Ciudad del Este, Paraguay for a video about a motorcycle safety awareness program developed by a division of Archer, Daniels, Midland
➛Volcano National Park and the Mauna Kea observatory complex in Hawaii for a BBC program on Asteroids.
➛Darwin and the greater northeastern Australian Outback, the Gamo Highlands of Ethiopia, the Altai republic of southern-most Russian Siberia, the Mount Shasta area of northern California, Papua New Guinea, the tar sands region of northern Alberta, Canada and the Hawaiian island of Kahoolawe for a multi-part PBS television series documenting indigenous peoples around the world and their struggles to maintain their cultural traditions and their sacred lands. "Standing on Sacred Ground"
➛Akron, Ohio for a documentary about an organization that helps young urban males develop life skills and become productive members of their community through lessons learned from the universal power of mythology "Finding the Gold Within"
➛All over the US since 2011, have worked as a technical director on a series of traveling STEM science fairs, teaching kids and adults about the STEM (Science, Technology, Engineering and Math) behind the sports of golf, football and baseball
➛All over the US for a series of profiles and lesson plans from outstanding teachers for The Teaching Channel
➛In 2015, White Sands National Monument, New Mexico; Berlin, formerly East Germany in an abandoned beer factory and Kumano Kodo, Japan in and around an ancient forest for an Adobe software launch campaign "Adobe Creative Cloud 2015"

➛ Tokyo, Kyoto, Hiroshima and Kitakyushu, Japan for a corporate video about long rail and the Port of Stockton, California

➛ The area around Lapeer, Michigan and greater central Florida for a TV documentary series about a famous female serial killer case

➛ The western Gobi desert and capital city of Ulaanbaatar, Mongolia in the dead of winter for the Goldman Environmental prize

More stuff can be found on IMDB.com

You get the idea.
So, if the need ever arises where you think that I could contribute to a project (current or future), please contact me.  And, if you should hear of a project where I might be of some use, please feel free to refer others to me. If you happen to be going to any of the places above, and just need suggestions as to where to eat dinner, please contact me.
Operators are standing by twenty-four hours a day.  And my immunizations are always up to date.
Thanks,
Dave Wendlinger